My 2020 Marmalade season has been the busiest since the publication of First Preserves in 2011. 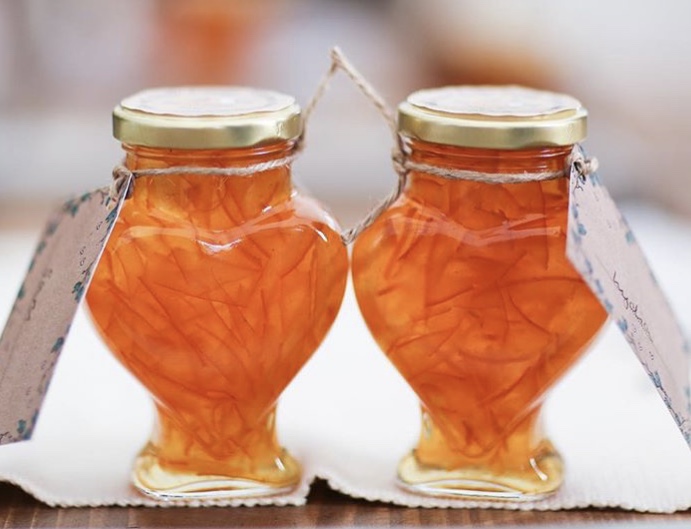 within courses about Everyday Preserves and Festive Preserves at Denman College in Marcham, Oxfordshire. This year, two back to back Marmalade Masterclasses provided an opportunity for members and non W.I. members to get under the skin of marmalade, resolve their issues and make their own using the best traditional recipe.

The weekend before these classes I gave a talk and marmalade demonstration to 45 members of Modbury and 4 other Women’s Institutes from Devon Federation. As you will read further on in this post, the morning inspired many in the audience to make marmalade.

The classes at Denman were held over two 24 hour sessions. We started early afternoon with a demonstration of how to prepare a Lemon and Lime Marmalade. The groups asked me popular questions about  marmalade; how long to boil a marmalade before testing for a set, how to fill and seal a jar, where to source the best fruit and what equipment worked well with marmalade.

I think the groups were surprised to discover I didn’t own a Jam pan (Maslin pan). I cook marmalade in a lidded stockpot and boil the marmalade to a set using the same pan minus the lid. 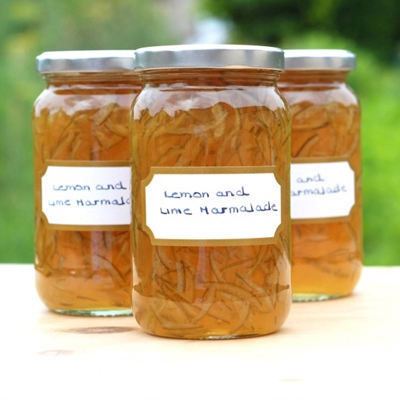 Working in pairs, the groups prepared batches of Lemon and Lime Marmalade to be cooked later that day and prepared individually a batch of Seville orange marmalade for an overnight soak. After dinner I demonstrated how to set a marmalade, challenging a number of myths about types of sugar, rolling boils, setting point tests and filling jars.

The following morning the groups added sugar to their Lemon and Lime marmalades and boiled them to a set. Then they turned their attention to the Seville orange marmalades which had been simmering gently down to the stage where sugar was added. All the marmalades reached setting point within 8 minutes, a reminder that prolonged boiling weakens the fruit flavour and ruins a gelled consistency.

As the marmalades cooled and set the groups had lunch before going home with their newly acquired skills and jars of marmalade. For those who missed these classes there will be two more in February 2021 and booking is open now on Denman’s website.

The invitation to speak and give a demonstration to W.I members in Modbury came from Angela Hickman, Modbury’s President who makes award winning marmalades and converted me to liking properly made dark and chunky Seville orange marmalade. Some advanced planning by both of us helped to make the morning a success.

Before the event I was interviewed by Caroline Adams from BBC Radio Devon live on Caroline Cook’s show. Caroline Adams had made some marmalade which she thought whilst flavoursome was runny and wanted to learn how to make more with a better outcome. Caroline came to the morning and interviewed me and audience members. A clip of the interviews is at the end of this post.

I started my talk with two visual presentations of the stages of making marmalade and where the best quality oranges come from in Seville. Regular readers of my posts are aware the finest quality organic Seville oranges are grown by Ave Maria. After a short break I demonstrated adding sugar and boiling marmalade to a set. Once again the marmalade set within 8 minutes. After resting for 10 minutes, the marmalade in the pan was stirred gently and poured into jars, sealed with twist top lids and left upright  to cool and set. 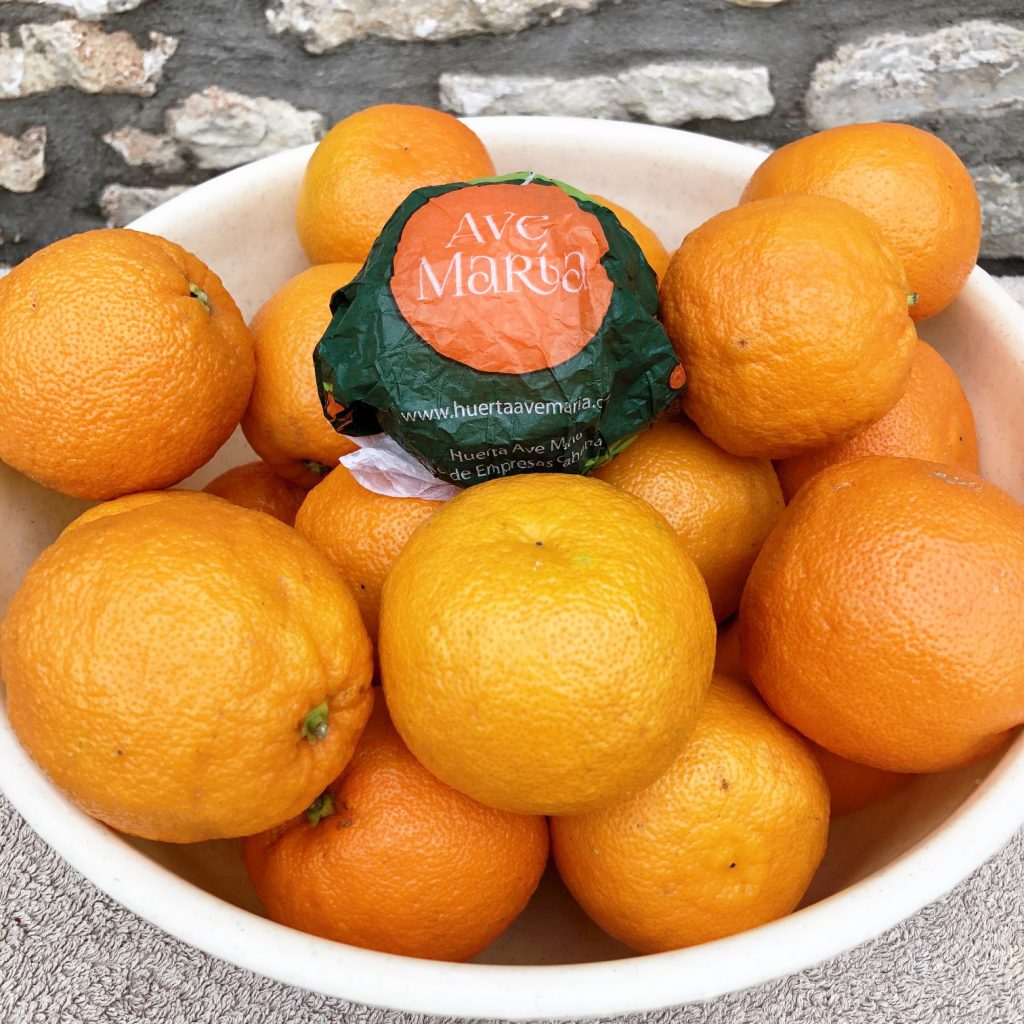 Following the morning it was good to hear Pickles, a shop in Modbury had a run on jars and muslin.

A week later local supplies of Seville oranges were getting harder to find. I was delighted to find a box of Ave Maria Sevilles in Ben’s Farm Shop in Yealmpton The oranges I bought were in perfect condition and stored well in my fridge for a week whilst I was away teaching.

Letters and emails to Angela expressed appreciation for the event and one included the following comment.

” We all thoroughly enjoyed the inspiring and clearly delivered demonstration given by Vivien Lloyd. Whether you were an experienced marmalade maker or an enthusiastic beginner, there were clear instructions and tips for a successful outcome. We were even treated to a view of the farm in Spain from which the beautiful quality Seville oranges came. It was a truly professional and polished performance. Congratulations to Vivien.”

If marmalade is a preserve you would like to perfect, join me on one my courses in 2021. Further details listed on my home page and link below.

My interview before the Marmalade Morning 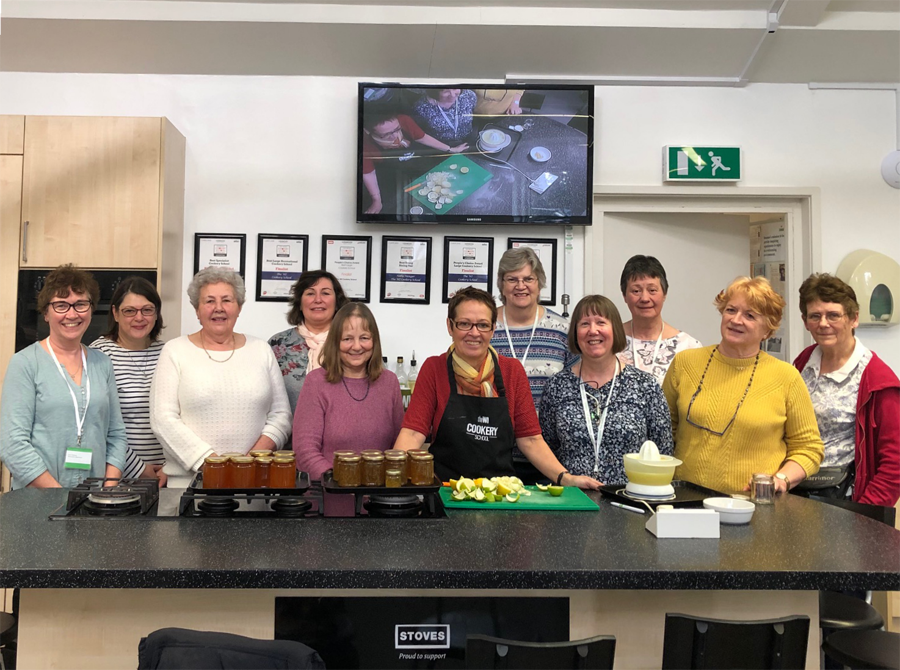 A Masterclass group at Denman College

My Views by category